Asset Tokenization Explained: A Glimpse of the Various Facets 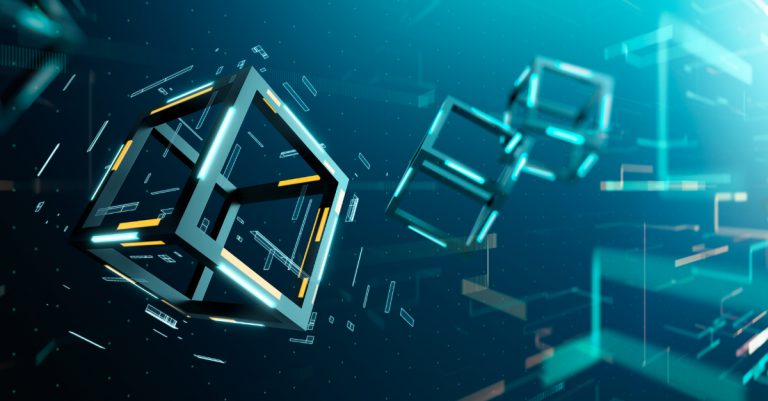 From gold to silver; from oil to gas, tokenization is in full swing! Read now to find out: How, Why and What?

What is Asset Tokenization?

Asset tokenization is the process of digitising both tangible and intangible assets and transforming them into tokens that may subsequently be kept on the blockchain. One asset does not always equal one token: assets are frequently divided down into smaller portions, resulting in a large number of tokens.

Once an asset has been tokenized and entered the digital realm, it is feasible to hold and exchange it fractionally or entirely, as well as transfer it to other proprietors.

The most basic example is cashing out a bank account. Tokenization is the process of replenishing virtual money at a cashier counter or ATMs, and tokenized assets are the virtual money received. However, it is claimed that any type of financial assets has the capacity to be tokenized.

It is said to include three essential components: the input asset (£100 in cash), entity’s substitution mechanism (bank’s internal infrastructure) and the virtual output (updated balance on the card). When a distributed ledger is used to tokenize an asset, the ledger replaces the bank infrastructure, and cryptocurrency tokens replace conventional digital currencies. In every other way, the procedure is similar to the tokenization of cash within the banking ecosystem, Forex instruments or equity.

To put it another way, the blockchain’s ability to tokenize assets is what sets it apart from banks and traditional financial exchanges. All of these distinctions may be boiled down to the following benefits.

The capacity to break blockchain technology into fractions of various coins is another key feature. It is now feasible to make the market liquid, which was previously impossible. Tokenization divides investment shares into quantities that are accessible to a large number of people (potentially unlimited). The real estate business is the finest illustration of asset divisibility. You don’t have to rent or own the entire property to invest in it.

For example, a $300,000 house may be split into tokens, drastically lowering the investment barrier for many. However, blockchain tokenization is not confined to real estate, artwork, and collectibles, among other assets that have benefited greatly from the technology.

The division of the asset into tokens and the ability to partially own an asset after it has been tokenized reduces entry barriers for new investors and for those with smaller investment capacity.The benefit of enhanced accessibility allows a broader investor base to participate in the investment process.

When it comes to buying stock on the stock market, there are so many middlemen to trust before making a successful purchase. Each share purchase seems to have a middleman, which raises transaction complexity, costs, and decreases trust and security.

Asset tokenization on a blockchain, on the other hand, eliminates middlemen because the technology is trustless and does not require human verification. This reduces the expense of middlemen, accelerates the investment process, and eliminates the possibility of human error.

Blockchains have a technology composition comprising cryptography, mathematical models, economic models, and algorithms. The underlying distributed ledger system makes blockchain technology safe and open to inspection. The blockchains are also immutable. So valid transactions cannot be deleted or changed as any such attempt would leave an easily detectable trace.

Awareness precedes choice and choice precedes results. Now that we know what asset tokenization is all about, get ready to know the many faces of this process. Broadly, there are four types of tokenized assets each characterised by their different use. These are:

While the term ‘securities’ is quite well known in the financial world as tradable financial assets, not everyone can access these assets making them difficult to trade and value. However, through various software solutions, these financial assets can now be turned into tokens on a blockchain. Once they’ve been created, these tokens can enter global markets with a low barrier of entry for investors.

Tokens need not only be about representing a share in a company, it is possible to extend the functions of tokens. This is what ‘Utility tokens’ are all about, they are programmed with additional rules to improve their functionality, or as rightly named, utility.

A non-fungible token is a non-interchangeable unit of data stored on a blockchain, a form of digital ledger, that can be sold and traded. Types of NFT data units may be associated with digital files such as photos, videos, and audio. Because each token is uniquely identifiable, NFTs differ from blockchain cryptocurrencies, such as Bitcoin.

Indeed, innovation has no limits! Today, humanity can build an entire monetary system through tokens by creating a program or as we like to call it, a smart contract. This program is created on a blockchain in which tokens can be traded. This has its limitations by not being the native token of the blockchain on which it operates.

Some companies have used this as a way to create tokens that are artificially stable in value, called stablecoins, so they can more easily be used for payments.

Over the past decade, currency tokens have come and gone. While some people have created them in the endeavour to create a nemesis for Bitcoin, many others have just done so to explore the less travelled paths.

What is life without a few challenges? Every little step of progress is often tainted with the challenges of risks. Similarly, while asset tokenization has a lot to offer, it has its own share of challenges. These are:

Privacy issues regarding tokenization may arise due to a blockchain’s distributed structure, involving the sharing and storing of sensitive user data across multiple blockchain nodes. Blockchains are secure, but the security of individual nodes in the network cannot be always guaranteed.

In the eyes of many investors and asset owners, blockchain is still a relatively new technology. After Bitcoin, several other blockchains have maintained a successful record. However, smart contracts and other blockchain applications have not yet reached a desired level of reliability in some industries.

Security regulations do not generally take into account the underlying technology. This means that the technology must adapt to existing regulatory and legal boundaries. In the case of tokenized assets, some of them can fall under the full scope of relevant regulations, and these may vary from jurisdiction to jurisdiction. Regulatory uncertainties slow down the initiation and trading of tokenized assets.

With this, we conclude our take on the ever evolving tokenization of assets. In a nutshell,  tokenization means the digitalization of real-world tradable assets.  This digitalization which seemed like a far fetched future, now stands as a reality. With its many faces now before you, it is up to you to continue observing and maintain your distance or venture into it with full momentum.