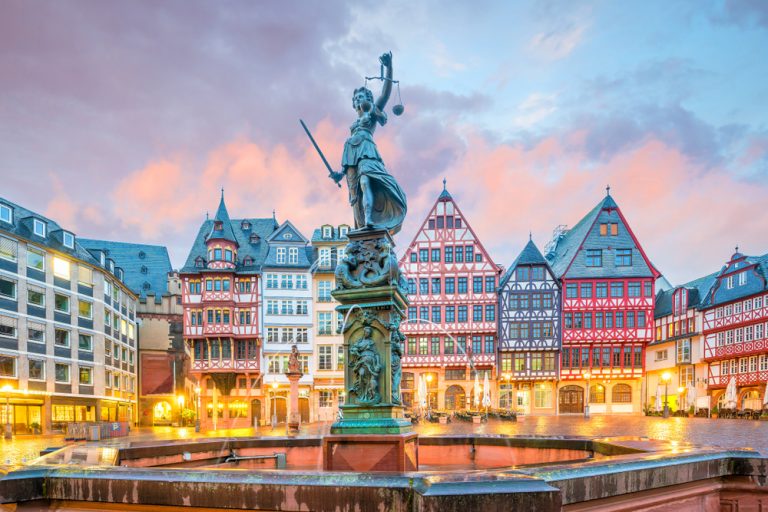 Here is the German FinTech Industry at a glance. Germany is an important FinTech market in Europe and the fourth largest in the world. Many FinTech companies – offering specialized and more customer-oriented financial services (“Fin”) by employing technology-based systems (“Tech”) – are starting up operations in Germany. The German market is also becoming increasingly attractive to international FinTech companies who are establishing branches in Germany in order to serve the large domestic market.

With its solid infrastructure, location in the heart of Europe, a highly qualified workforce, funding programs and venture capital investment, Germany continues to attract founders from all over the world looking to set up their companies.

Here is a list of the Fintech Companies that became Unicorns in Germany – 2023:

Trade Republic is a mobile-only and commission-free broker that provides investment opportunities.

The German digital Bank N26 was founded in 2013 by Valentin Stalf and Maximilian Tayenthal and is currently valued at $3.5 billion.

The InsurTech start-up offers a digital platform connecting brokers, insurance agencies, and individuals by offering personalised accessible consultations for different insurances. The company is located in Berlin and worth $1.5 billion.

Solarisbank is a Berlin-based fintech company that offers Banking-as-a-Service Platform with its German banking license.

HoneyBook aims to provide a client experience and financial management platform for independent business owners. The company offer being organized to the business owners by combining tools like billing, contracts and client communication.

Raisin is a marketplace offering customers simple, transparent access to deposits across Europe. In addition, in Germany, they also provide ETF portfolios as well as pension products.

What have the Investments in Fintech been in Germany

The late 2000s period was when fintech began to emerge in Germany. In 2014, Germany was lagging behind other European countries in fintech investments. Currently, after the UK, Germany is the second largest FinTech market in Europe. The total number of investments into Fintech companies on the European market increased considerably during the period under observation, reaching a total of 753 deals as of 2019. Internationally, Germany is rapidly catching up.

In 2020, the share of potential as well as existing customers of online banks amounted to 58% overall – a significant increase compared to the previous year (46%) as well as compared to 2018 (36%). (Bitkom, 2021) Investments are increasing because consumer behaviour is changing as more people have bank accounts. Around 28% of German adults – an estimated 19.7 million – say they have a digital-only bank account. (Finder, 2021) In 2021, more than 25 million German adults will have a digital-only account. In 2025, this figure will extend to 27.7 million.

How many Fintech Unicorns does Germany have?

Germany currently has around 946 active startups in the Fintech sector. Berlin can be described as the FinTech capital of Germany, with 197 startups currently functioning in the sector. Among the start-ups, 12 are fintech unicorns. Germany is an important FinTech market in Europe and the fourth largest in the world. FinTechs in Germany receive the second largest amount of venture capital funding in Germany after mobility.

Which Fintech Sectors have the most Fintech Unicorns in Germany?

Germany’s banking sector secures the most FinTech investment, followed by property technology and insurance technology. Out of the 946 fintech startups operating in Germany, 203 are proptech companies, 189 are finance-focused businesses and 115 are insurtech.

Germany has a large number of PropTech companies due to its high-quality research facilities, start-up innovation and good funding levels. The high population of Germany drives its real estate demand as well as makes it a significant volume market. Though a significant number of new buildings have come up, they are still under the required number. The real estate sector, which was initially focused on land and buildings, is now looking at the information sector with renewed interest. This gives scope for a number of startups to flourish in the space of real estate tech in Germany.