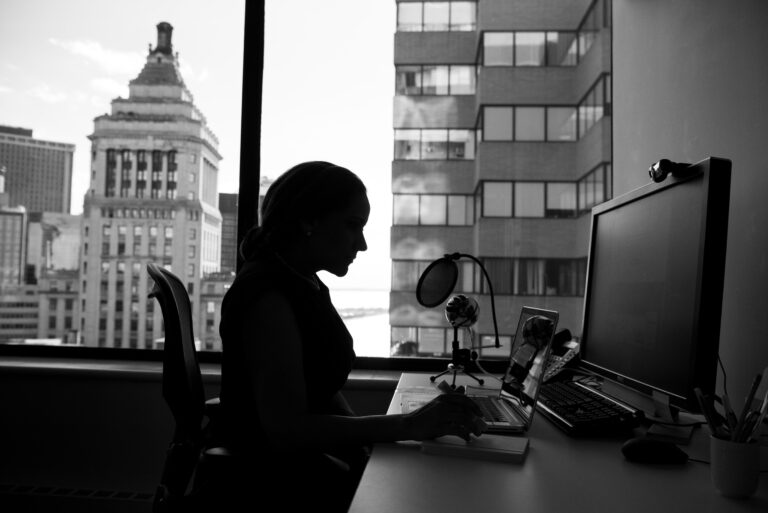 Entrepreneurs and intrapreneurs sound like they are exactly the same. Though they both live with the same pulse that is native to innovators, the former spurts out of one’s drive to capitalise on an untapped opportunity in the market, while the latter drives innovation and new ideas internally, within an organisation.

To help get a better picture of the roles taken on by these trailblazers, read on!

You may even discover that you are configured to be exactly like one of the two, if not both.

What is an Intrapreneur?

From the Post-It note to the Sony PlayStation – these legendary products have all been the brainchild of inventive employees who were bursting with entrepreneurial energy and who’s organisations embraced intrapreneurial culture. This essentially forms the crux of what an intrapreneur is.

To define the concept, an intrapreneur is an employee who is delegated an innovative project or comes up with a new idea independently to work on, within the safe realm of their existing organisation. This immediately takes away the risk that would otherwise be creeping up behind a traditional entrepreneur striving to reach the heights of success. But this does not come without a price. With lower risks as a benefit, intrapreneurs trade-off the outsized rewards that an entrepreneur may have the opportunity to reap.

While intrapreneurship gives ambitious employees the latitude to spread their wings and fly, it does so within the terms of the organisation, yielding the benefits of innovation and creativity within the company. All-in-all inculcating intrapreneurship into corporate culture creates a win-win situation for employees and the company that hosts them as well.

Examples of some successful intrapreneurs are:

What is an Entrepreneur?

On the contrary, an entrepreneur can be defined as an individual striving to satisfy his itch for creativity and innovation by starting a new venture. This is achieved by developing a business plan and aiming to kick it off with relatively limited resources. The entrepreneur does so while harbouring higher risks (like his/her financial security, career or capital), but also gaining higher rewards that come along with building an enterprise. The new business is founded on the basis of a unique product or service that doesn’t imitate an existing business model.

While entrepreneurship can be seen as risky, it gives entrepreneurs the autonomy to build what they believe in while also factoring in greater rewards that could significantly multiply profitability.

Examples of some successful entrepreneurs are:

What are the Similarities between Intrapreneurs and Entrepreneurs?

While intrapreneurs and entrepreneurs are born out of completely different circumstances they both are driven by a mission to innovate. This is why there are some prominent similarities between the two like:

It goes without saying that to build anything revolutionary you need the leadership skills to inspire and guide your team so your idea can see the light of day in the form of a winning product, service or radical change in the company. Strong leadership thus, forms the essence of both intrapreneurs and entrepreneurs.

Both intrapreneurs and entrepreneurs will often fall back when unseen complexities and obstacles are hurled at them. But the one thing that will help them stand their ground is ‘resilience’. As the Oxford dictionary defines it, “the ability of a substance or object to spring back into shape”. That’s exactly what these innovators need to have running in their blood, no matter how thorough or impeccable their plans and strategies may be.

Intelligence is another trait shared by intrapreneurs and entrepreneurs. To be able to effectively garner success, one must have the ability to identify and evaluate the opportunity that can be capitalized on, while also having the sensibility to know what tools and skills would be needed to effectively execute a project and reach a goal. By knowing how to combine business acumen with a strong passion is what makes intrapreneurs and entrepreneurs truly successful.

What are the Differences between an Intrapreneur and an Entrepreneur?

If there are such strong similarities between the two, could they really be that different? Yes!

Let’s explore 10 differentiating elements that make intrapreneurs and an entrepreneurs who they really are:

Why is Intrapreneurship a Skill Highly Demanded Today?

Now that you have a fair idea of what intrapreneurship entails and how it can be similar to entrepreneurship in some aspects, but yet so different in others, it’s worth exploring the hype behind the skill of ‘intrapreneurship’ that has been gaining momentum over the past few months.

Today, we live in a world that is on a path of continuous metamorphosis as reinstated by the COVID-19 pandemic, that has led to the acute need to create a climate for intrapreneurship in the business world. Growing a business in this shape-shifting world necessitates businesses to embrace innovation, entrepreneurial skills and problem-solving mindsets to allow for greater adaptability and resilience. With this in mind, it comes as no surprise that Michael Page, the recruitment giant, named ‘Intrapreneurship’ as the most desired skill of 2020.

A shift in business priorities has given rise to corporates establishing intrapreneurship as the ‘norm’ to thrive and not just survive. This growing interest in intrapreneurship only accentuates the need for employees and potential job applicants to build intrapreneurial skills that will not only be their trump card to success in business, but will instill an entrepreneurial fire that will be impossible to extinguish.

Share this infographic with your network so they can learn too!

Are you Ready to be an Intrapreneur?

Let us help you get there! With CFTE’s course “Launching Innovative Projects in Large Banks” made for intrapreneurs. You will get the latest knowledge in the field from serial intrapreneurs themselves! So what are you waiting for, kickstart your learning journey today.