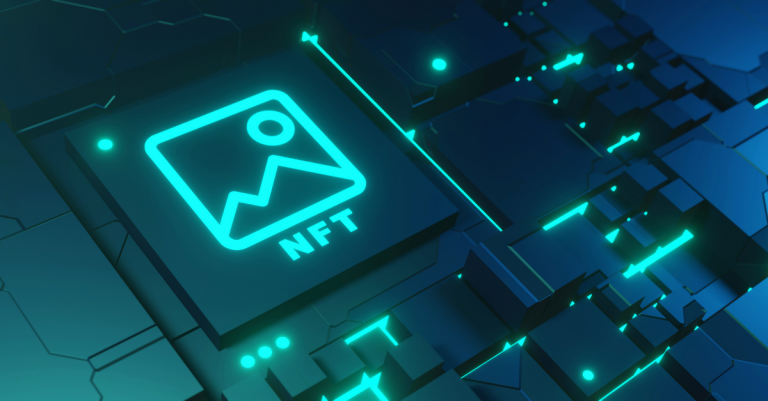 The new iteration of the internet called Web3 has allowed multiple applications through its disruptive technology. One of the latest innovations using this technology is the launch of NFTs. NFTs has gained a huge popularity, it has allowed creators to work on projects within different sectors such as the Art, Gaming or even owning a Domain name. In 2017, an alternative to the Bitcoin Blockchain started to gain prominence named Ethereum. Ethereum created a very attractive network to build NFT projects on and ever since, they have dominated the NFT space. There was an exponential growth, with a number of projects such as Crypto Punks and Crypto Kitties gaining a huge amount of attention and investment. With a value proposition of play to earn, NFT games are gaining traction, especially in asian countries.

Did you know that video games have been a billion dollar business for many years. But, with the emergence of blockchain technology is redefining the gaming experiences for the gamers and developers. Let’s discover more about NFTs, the Play to Earn concept and NFT games.

Non Fungible Token is a digital certificate of ownership of an asset. It acts as a unique digital identifier that cannot be copied, substituted or subdivided and recorded on a blockchain. To really understand what NFT is, we must first understand the concept of fungibility.

Fungibility is really the fundamental concept that distinguishes NFTs from other digital assets you may be familiar with such as the cryptocurrencies like bitcoin. Money is a great example of a fungible item. You can swap a 1 US dollar with anyone in the world. It doesn’t matter exactly which dollar you have, all that matters is how many you have. This is the same with cryptocurrencies such as Bitcoin.

A non-fungible object is something that is not interchangeable, due to an underlying uniqueness to the object. An NFT essentially brings this concept of non-fungibility to assets in the digital world by utilising distributed ledger technologies, namely blockchain. NFTs allow us to create digital assets that are truly unique, and that cannot be copied or replicated. This has allowed the emergence of interesting possibilities into the digital world such as play to earn games.

What are Play to Earn games ?

The concept of play to earn was introduced to help with the adoption of cryptocurrencies. Traditional video games were played for fun and experience unless gamers competed in Esports with different participants worldwide. Normally in gaming, the rewards and collectibles are held on a network and owned by the game creators. However, today, Innovation through blockchain technology is creating new opportunities for everyone.

NFTs and smart contracts are enabling the creators to develop new tool sets for enhancing the gaming experience. With these advancements gamers are now able to convert their in game assets, called rewards, into a real world value. The blockchain technology allows these in-game assets or NFTs to be owned, traded or sold. The NFT marketplaces and crypto exchange platforms have enabled converting a digital asset and cryptocurrency to fiat money. Examples of the in game item could be the virtual plot of land or digital collectibles.

Gaming NTFs have become one of the most popular use cases of blockchain technology.

The first widely adopted NFT game was CryptoKitties, created in 2017. CryptoKitties is an Ethereum-based collection game in which users collect digital cats, in the form of NFTs. In the early days of CryptoKitties, the creators of the project auctioned off generation zero cats. There can only ever be 50,000 Gen-0 cats as specified in the Ethereum smart contract that underpins the game. Each cat possesses 12 specific features including its colour, body, mouth and eye type. Each cat therefore has a kind of immutable genetic makeup that exists as part of the NFT.

There are essentially billions of different combinations of traits and each combination of traits is associated with a level of rarity. Much like in any collectables, such as baseball cards or comic books, collectors of CryptoKitties are looking for rarity. The rarer the edition, the higher the price. However, these collectables are different from traditional collectables, because they are interactive, you can breed them. CryptoKitties has an inbuilt breeding function that takes two cats as an input, and outputs an entirely new cat in the form of a new NFT. This new cat inherits a mixture of traits from its parents, to create an entirely new and unique genetic makeup, with a different level of rarity. This new cat can then be sold on the in-game marketplace to other collectors.

When CryptoKitties was released in 2017, it was hugely popular, and at one point, it accounted for around a quarter of all activity on the Ethereum network. While the concept of CryptoKitties may seem novel, it really was a pioneering project in space as the first widely adopted NFT based application. A number of games have since emerged that build on the innovations of CryptoKitties, that embed NFTs at the heart of more complex gaming experiences.

Axie Infinity has witnessed over 4 billion dollars in NFT trading volume since its launch in March 2018 making it one of the largest NFT projects to date. The premise of Axie Infinity is similar to Pokemon. The main creatures are called Axies. Players aim to battle, breed, raise and build universes around the Axies they own.

The Axie characters, or the main in-game assets, are themselves NFTs. Each Axie NFT has different traits which make them suitable for various roles in the game along with stats, such as health, morale, skill, and speed that differentiate them from one another. An ingame marketplace then exists, where players can trade their Axie NFTs for real money. The Axies who possess the most in demand traits fetch for the largest fees. Similar to CryptoKitties, users can breed their Axies to create entirely new Axies, with its own unique set of characteristics, which they can then sell for profit on the marketplace. But Axie Infinity has built a number of layers on top of this functionality, to create a more complex and gamified universe for players to interact with, with NFTs at the core. Users can play games and battle in the Axie universe, to earn in-game tokens, which can be sold for real money on an exchange. Users will also soon be able to utilise new land NFTs to build kingdoms around the Axies they own, using tokens and resources earnt in the game. All of which can be listed on marketplaces and exchanged for real money.

The Sandbox is a virtual universe composed of 166,464 parcels of land, representing a virtual world of 40km x 40km, where participants can play games and participate in virtual experiences. The parcels of land themselves are NFTs, and  so are the numerous digital assets that exist within the universe, such as land, entities, equipment, wearables and art. Many of the digital assets that exist in the Sandbox metaverse are therefore non-fungible, much like they are in the physical world and this comes with it an increased value to those who hold these digital assets.

Combine the attributes of permanence, ownership rights and transferability and we start to see how digital assets, in projects like The Sandbox, are far more representative of real world assets and how NFTs are likely to be a critical component to the vision of the Metaverse.

Gaming NTFs have become one of the most popular use cases of blockchain technology.