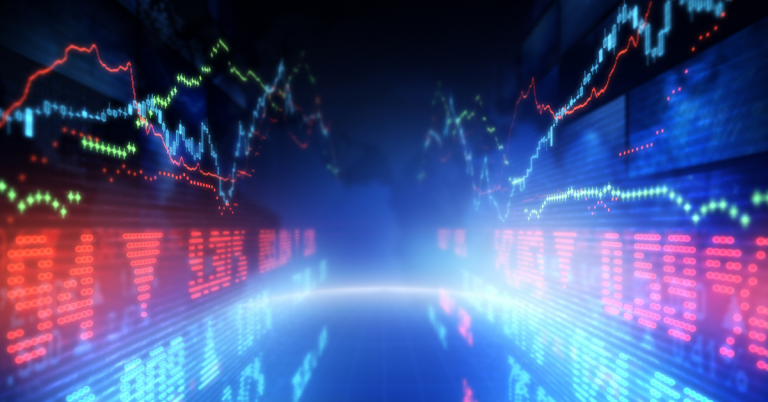 From stocks like AMC and GameStop to Crypto like Bitcoin and Dogecoin – the current volatility in share prices is making everything going on in the financial markets seem the opposite of “smart”. Stocks are swinging in and out of fashion at the beck and call of Redditors. People are flocking to buy into stocks and cryptocurrencies based on memes or Elon Musk’s tweets. But how silly can we let things get? Can the market backlash? Should this be our go-to way to invest?

If you too are on the fence about the implications of meme and tweet-driven investing, giving this blog a read will help put things in perspective.

The Era of Meme Investing

Throughout the year there have been swarms of people investing in cryptocurrencies or even unconventional stocks – so unconventional that the stocks seeing a sudden influx of cash are companies on the verge of bankruptcy! It’s more than clear that the herd of retail investors are not investing in something they believe will be the future of technology or business. Unfortunately, their motivations are primarily driven by the influence of a meme they just scrolled past on their smartphones, topped with a bit of boredom.

You may already be aware of the GameStop fiasco early in this year when an army of traders on a subreddit called  r/WallStreetBets managed to game the system and drive GameStop’s stock price to a mindboggling high, of more than 1,600% in January. Another popular sock that saw the same fate was AMC Entertainment Holdings – an American movie theatre chain. Main street’s individual investors’ moves have managed to rankle some big names on Wall Street. While some claim they invested because of their true belief in the future of GameStop or AMC, several of them were there because of a meme – one that proved to be truly powerful in altering the future of the stock.

For cryptocurrencies, meme trading has always been a big aspect of it from the beginning. Bitcoin, Dogecoin, Ethereum are as much of a cultural and internet phenomenon as is a technological or financial one.

“In bitcoin’s case, its technology is a really important part of the meme. Dogecoin, it’s, ‘Let’s extract all of that and just focus on the meme,’” said Galen Moore, director of data and indexes at CoinDesk.

Wrapping your head around the meme-led revolution in investing and trading can be strange enough for some, but nailing down the intentions fuelling the trend is a whole other ball game. Some are pinning down the volatility on quirks of the pandemic. While previous economic downturns hit the economy in a more predictable manner, the recent economic downturn while backtracking certain sectors – has boosted others like social media, software and e-commerce.

Another factor to take into account is some people had just enough spare cash lying around with leisure spending slowing down – which drove them to make even riskier bets.

At the end of it all, there is also the aspect of ‘hope’. The hope to make a few hundred bucks to pay of that loan or magically make a lot of cash while sitting on my couch. The appeal of a get-rich-quick scheme is just too alluring for some when prices of meme stocks and cryptos soar.

While ‘meme traders’ as I would call them, believe that they are in on the joke and believe they can get in and out of the next trendy stock or cryptocurrency flooding the internet while leaving someone else holding the bag – things do not always end well for everyone. The euphoria is often fleeting where you could be hitting big during the upswing or suffering losses in the downswing in a matter of days. Meme trade cycles are big, and with some traders making investments they just don’t understand often have tragic consequences.

Is ‘Big Short’ Investor, Micheal Burry Right to Warn that Crypto and Meme Stocks Would Witness the “Mother of All Crashes’?

Michael Burry – better known for his crisis-era bet against mortgages as featured in the Hollywood blockbuster “The Big Short”, issued a series of tweets on the 17th of June, after deleting them later – warning traders that meme stocks and cryptocurrencies would face the “Mother of all crashes”, resulting in losses “the size of countries” in the event of a catastrophic decline.

Micheal isn’t alone in his worries about space. Mark Cuban, the billionaire investor, well known for his appearance on the TV show Shark Tank, revealed on Twitter that he had been affected by the DeFi Titanium token, while also stating to Bloomberg News, “There should be regulation to define what a stable coin is and what collateralization is acceptable”.

Although the market may not be seeing as dramatic a decline as Michael Burry’s tweet implied, the momentum for Bitcoin and other cryptocurrencies is seemingly downbeat.

Data from CoinShares indicated that digital asset investment outflows saw a third consecutive week of bearish market moves with outflows totaling nearly $80 million – the longest bear run since February 2018, with Bitcoin caught up in the most intense selling.

Shares of meme assets GameStop and AMC Entertainment Holdings were also trading lower on Monday, 21st June though they both still remain up over  964% and  2,500% in the year to date.

In this Volatile Market, Your Best Bet To Make Cash? Boring Investments.

While it may be tempting to build an appetite for risky investments in meme stocks and crypto investments with their soaring prices making it to the headlines – understanding that what goes up will come down will help you keep your feet on the ground. Cryptocurrencies and meme stocks are highly volatile, with research showing that you are more likely to lose than turn a profit in the long term.

Tom Gorman, a securities expert and partner at the law firm Dorsey & Whitney said, “If you’re trading like it’s a game, you’re probably going to lose.”

That being said, these avenues for alternative investment should not be a substitute for more standard or “boring” options. If you play along with the meme stock and crypto investing to fund your retirement plan – it may be as good as betting on the lottery ticket hoping to get that winning shot.

So if you are looking to invest your money to make some real stable returns then it is important to diversify your portfolio with more traditional investments and only allocating 2-3% to speculative investments says, Brad Wright, a Boston-based certified financial planner.

Learning to balance your portfolio and fully understanding the risk will be the deciding factor if you bear the brunt of the ‘mother of all crashes’ in the meme stock and crypto space if it ever happens at all.