The Robinhood IPO: Everything You Need To Know 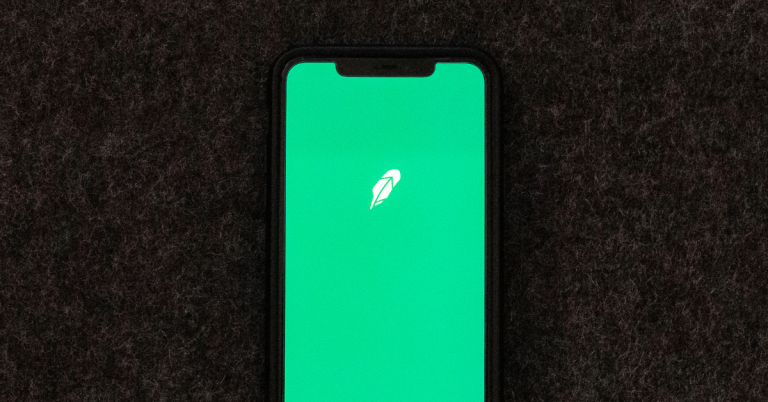 Investors are buckling up for what is the most anticipated Initial Public Offering (IPO) – Robinhood Markets Inc. The upstart submitted an S-1 registration form to the Securities and Exchange Commission (SEC) on July 1, 2021. The company had previously filed a confidential IPO on March 23, 2021. In the filing, Robinhood did not disclose the expected IPO date, price range, share count, and total valuation of its IPO.

Here Are The Main Takeaways from Robinhood’s IPO Filing

What Does Robinhood Do?

Robinhood, the app famously known for its green quill logo is an online brokerage fintech touted as a tool to ‘democratize finance for all’. The app offers trading and investing services with an attractive ‘zero-commission trade’ proposition that has riled up a new generation of young investors.

Founded in 2013 by Stanford students, Vlad Tenev and Baiju Bhatt, the trading app was created to make buying and selling of equities easy with a gamified trading interface.

“Robinhood created a really great user and customer experience for millennials to invest with,” said Kelly Rodriques, chief executive of pre-IPO marketplace Forge in a statement to Forbes. “There is a whole generation of investors that are participating in the markets that weren’t there before.”

The app very recently exploded in popularity after the COVID-19 pandemic caused people to stay home coupled with a cut on luxury spending – giving people just the right amount of spare cash they need to get investing. It was also the broker of choice for meme-driven investors on Reddit’s r/WallStreetBets, the online forum that sparked the trading frenzy of GameStop, joke cryptocurrencies, and other meme stocks.

Though the company has been swinging in and out of controversies, Robinhood’s rise has been noteworthy. From the date of its founding up until 2020, the platform gained 13 million users. On top of that, it added another remarkable 6 million users in just the first two months of 2021!

Is Robinhood Profitable? Let’s take a look at their Financials

A quick glance at the numbers that matter in Robinhood’s Financials:

How does Robinhood Make Money?

Robinhood’s primary means to mint cash is based on a somewhat controversial practice of payment for order flows (PFOF). What this means is that the brokerage Fintech makes money by selling customer trades to market makers like Citadel Securities, who promise the firm to execute the trade at, or better than, current market prices. Approximately 81% of Robinhood’s transaction based revenues were generated from PFOF.

The payment for order flow is a practice that helps the booming fintech offer commission-free trading. The UK and Canada forbid this kind of practice, while the US Securities and Exchange Commission is still reviewing it.

The rest of their revenue, about 12% flows in from interest earned from margins and securities lending and 8% of their income stream is contributed to by Robinhood’s monthly premium subscription (Robinhood Gold) along with ACATS fees charged to users when they transfer their holding and other fees.

What’s interesting to see in the revenue growth of Robinhood is the key growth points in income flow coincide with some big market movements. According to Vested (2021), you can identify 3 major phases. Phase 1 in 2019 is relatively flat. Phase 2, which falls between Q1 and Q2 2020, saw a 91% jump in revenue which could be driven by increased trading amidst global lockdowns. And finally, in Phase 3 or rather Q1 2021, revenue shoots up again with the rise of meme stocks. Robinhood clearly stated in its IPO that 34% of its cryptocurrency trading revenues came from dogecoin in the first quarter of 2021 and listed the declining popularity of this joke coin as a risk.

Should You Invest In Robinhood’s IPO?

While we may not have the perfect answer for you set in stone, we would like to float some facts that should nudge you to make a choice that works best. It’s important to keep Robinhood’s whole story in mind. Contrary to a popular belief, the GameStop frenzy is not what made Robinhood what it is today. Though the company has dipped its toes in several regulatory troubles, like the recent case of the Financial Industry Regulatory Authority (FINRA) charging Robinhood $70 million, it is a scenario not uncommon for a growing behemoth like itself. Robinhood has managed to build a powerful brand despite the negative headlines hitting the papers. The company had nearly 80% of new accounts coming from customer referrals and holds nearly half of all new retail accounts opened in the U.S. from 2016 to 2021, as stated by Market Watch.

It’s also important to keep in mind that the competitive landscape is not cut out for a monopolistic institution. Competition is fierce, with Charles Schwab recently acquiring TD Ameritrad, Morgan Stanley buying E-Trade and Chinese-owned investing app WeBull, who is planning to take a shot at replicating Robinhood’s approach.

Robinhood also has a lot of potential to grow with its land and expand strategy. It has managed to land a consumer demographic just starting out in their financial lives and they continue to grow and demand more products it could create larger revenue streams.

But a big part of Robinhood justifying its hearty valuation is that it needs to keep at its much larger growth – more than its current userbase. This may be difficult if the highly volatile stock market falters. Most new investors have only seen the sunny side of the market with the current bull run, but when things get stormy, could a company like Robinhood take the hit? The company may have failed to prove how it will deal with this eventuality which may cause the prudent investor to minimize exposure to it.

At the end of the day, the pros and cons lie in front of us and it all comes down to, how much risk are you willing to take? Do the gleaming benefits outshine the risk? Do you believe in the company’s growth strategy?

But, only time will tell how the IPO eventually turns out! So keep an eye out for the HOOD ticker symbol.