8 Tips On What It Takes To Be An Exceptional Entrepreneur 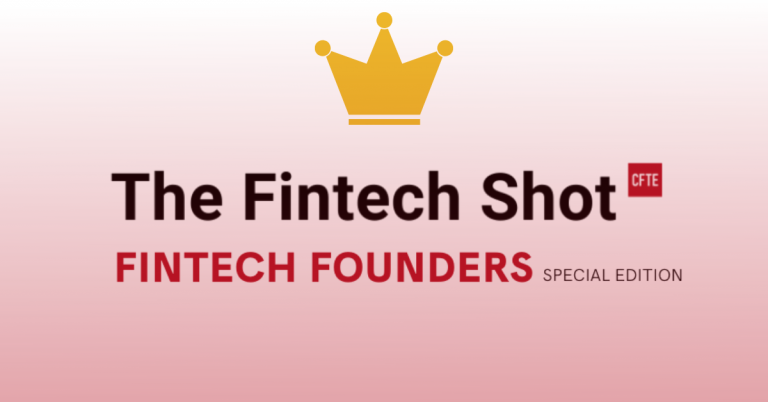 We interviewed 8 amazing fintech founders building the next unicorns and here’s their advice on how to be an successful entrepreneur:

If you’re building a startup, you must accept that failure is inevitable. That’s exactly what Sahil Kini, the Co-Founder of Setu, would say to aspiring entrepreneurs. It’s favorable to fail early and have the ability to iterate until you get it right rather than fearing failure.

The untold story of Setu’s Co-Founder, Sahil Kini– Episode 5 ( Watch it on YouTube, listen on Apple Podcasts and Spotify Podcasts)

2. Know That There Is Always A Problem To Solve

If your veins flow with entrepreneurial blood, then you’ll absolutely agree with Odunayo Eweniyi, Co-Founder of Piggyvest, when she says that there is no scarcity of problems and gaps that need to be filled in the market. So if you want to build a company, keep your eyes wide open because there’s always an untapped opportunity waiting to be discovered.

The Untold Story of Odunayo Eweniyi, Co-Founder of Piggyvest– Episode 2 ( Watch it on YouTube, listen on Apple Podcasts and Spotify Podcasts)

Building a company is no easy feat. Though you may conjure up an idea that works really well in your head you need to esure that the product or service actually works. Perseus Mlambo, the CEO of Union54 said that every entrepreneur must do their research and ground work to figure out what really works.

The untold story of Union54’s CEO, Perseus Mlambo – Episode 6 ( Watch it on YouTube, listen on Apple Podcasts and Spotify Podcasts)

You’ve Gotta Have Nerves Of Steel! – Frans Van Eersel, Dopay’s Co-Founder, often had to encounter a number of hurdles as an entrepreneur. Being a fintech founder, the regulatory pushback was strong, but having resilience and patience is what differentiates an entrepreneur from anyone else.

5. If You’re Going To Do Something, Grasp It By The Horns

If you have decided to tread down the path of an entrepreneur it’s going to most definitely involve a lot of sweat and tears. Keeping that in mind, Omair Ansari, the CEO of Abhi (YCS21) says, when you jump in, make sure that you work with an ethos of complete thoroughness in everything you do.

6. Be Comfortable With Ambiguity

Cluelessness lies at the heart of entrepreneurship and Nitya Sharma, the Founder of Simpl, says that we need to learn to be comfortable with it. Being unsure about things can be looked down upon, but in reality it’s an invitation to learn. In some cases even some of the best entrepreneurs never would have launched if they had known better.

The untold story of Simpl’s Founder, Nitya Sharma – Episode 4 ( Watch it on YouTube, listen on Apple Podcasts and Spotify Podcasts)

7. Learn From Your Customer

Sometimes the way we envision a product may not be the full picture, at the end of the day the way your customer decides to use the product really shows you the potential and possibilities of its use case. Ray Youssef, the the CEO of Paxful, said when he went to create a crypto startup centered on Crypto, he learned from users that it was more than just a speculative investment. Crypto was evolving into a medium of exchange.

The Untold Story of Ray Youssef, CEO of Paxful – Episode 1 (Watch it on YouTube, listen on Apple Podcasts and Spotify Podcasts)

8. Know your market, and talents

Monis Rahman’s diverse entrepreneurial journey sharpen his understanding of his own country, Pakistan, where he operates 3 different businesses. He emphasised the importance of finding the right talents when building a business, and how it can be one of the most important driver for growth.

The untold story of Dukan.pk’s CEO, Monis Rahman – Episode 8 (Watch it on YouTube, listen on Apple Podcasts and Spotify Podcasts)