What is Financial Technology (Fintech)? 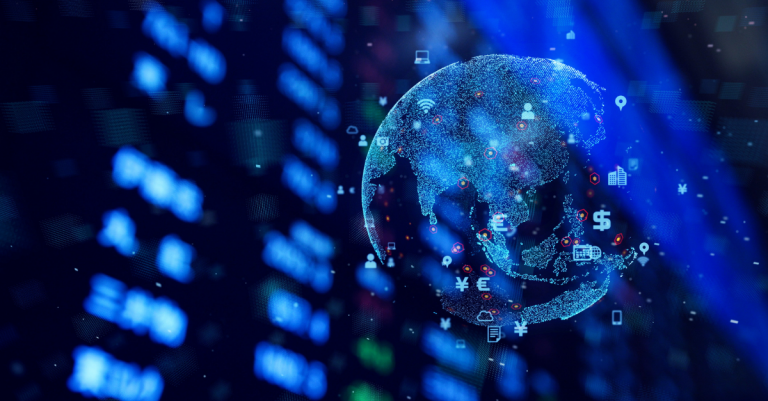 Considering some definitions provided by Oxford English Dictionary (n.d.) and Shueffel (2016), Fintech is represented by a set of computer technologies that are to assist in and enable financial services to improve such aspects as customer service or data processing. Despite that some definitions presume its centrality to financial services, some highlight its external nature, as a variety of processes being added to existing infrastructure (for example, the addition of new technology like automated processes or machine learning). The term among the folk has started its rise in 2011, with some rare mentions to skyrocket starting from 2015, as many aspiring post-crisis startups and technologies began to receive prominence.

Fintech organisations tend to have a variety of similar traits that are worth highlighting.

In its quest to capture the landscape of Fintech in Australia, KPMG (2020) divided Fintech among the following domains (plus a couple of other we considered essential):

In a study report published in 2015, Arner et al., (2015) attempted to evaluate the evolution of Fintech. “The term’s roots may be traced to the early 1990s and related to the ‘Financial Services Technology Consortium,’ an initiative started by Citigroup to assist technical collaboration efforts,” write Ibid. Indeed, the authors’ source, an article published by the media site American Banker, references a Citigroup initiative called “Fintech” that began in the early 1990s (Hochstein, 2015). The American Banker also released another story titled “Friday Flashback: Did Citi Coin the Term ‘Fintech’?” on the term Fintech. “[t]he story below published in American Banker in August 1993, and features the first use we could discover of the now-trendy phrase ‘Fintech’”, according to an editor’s note (Ibid). It references Fintech as a project label used by Citibank. This is the first paper cited by Hochstein (2015) and subsequently Arner et al. (2015) when claiming that the term Fintech originated in the early 1990s.

Despite this, the word Fintech was coined in 1972. Mr Abraham Bettinger, from Hanover Trust, provided the following definition in a scholarly article detailing models on how he had analysed and solved daily banking problems encountered at the bank (Oshodin et al., 2019): “Fintech is an acronym that stands for financial technology, combining bank expertise with modern management science techniques and the computer (Bettinger, 1972). Bettinger’s work was not wholly overlooked during his lifetime, as evidenced by an early reference of his work by Warschauer several years after (Oshodin et al., 2019). Even so, it’s possible that the Citibank Fintech project’s imitators in the early 1990s were unaware of Bettinger’s study and chose the same title for their initiative by chance. It is important noting at this time that neither academia nor practice can be definitively recognised as the birthplace of the word Fintech, given the phrase was coined by a practitioner in a scientific journal article.

Yet, the development itself did not seem to start that late and could be associated with early 1950s, as the first stage of the transit from physical means of information exchange to digital among financial service providers. It could be linked to first attempts to create a credit card by Diners Club International (n.d.), or progress on Federal Reserve Wire System. According to Nelson (2018), in late June 1967, Barclays installed the first ATM. Though quite coarse when it comes to functionalities, such as a limit of £10 or frequent bugs, it has marked a huge leap forward as it lifted long queues and expanded the service opening time.

Later, the 1970s showcased some other major shifts such as the FINRA-led creation of Nasdaq, which could partly be regarded as the first digital exchange. Though, it needed years to shift from the over-the-counter nature and meaningfully automate reporting and trading (Widder, 1992). One would also mention the creation of SWIFT, i.e. the framework for international bank communication. Its exchange software and messaging standards created a fertile ground for automated and unimpeded interaction between thousands of institutions (SWIFT, n.d.).

Then, the process gained momentum: the 1980s opened the stage for online banking (yet only partial); the 1990s popularised e-commerce and introduced more participants to this movement. Though the biggest impact was brought by the global shake-up, as old institutional arrangements have not only led the world economy to turmoil but also gave birth to a massive distrust in the system by people. As a result, ideas for alternatives were welcomed, ranging from less conventional ways to improve the legacy systems (i.e. make them more transparent or reduce transaction costs) to totally new ways of thinking (like that proposed by blockchain). As some of these endeavours have proved utterly successful, more attention has been paid to corresponding ventures in the following years. Though, it is not yet known whether this phenomenon will peak and fade any time soon, or whether any single set of arrangements will displace the other.

Thanks to some research provided by Deloitte (n.d.) and CFTE’s older publications, here one could find a list of some of the most common terms associated with Fintech, and thus be able to expand their knowledge.

Made as an experiment for the Russian market, Tinkoff is the region’s digital banking champion, highlighting openness and big data solutions.

Brex, a shining example of a Silicon Valley unicorn, fills a developing vacuum in banking ambitious tech startups, assisting them with cash management and credit needs.

The centricity of technology has provided massive regulatory advantages, as many entities to challenge the traditional incumbents were not subject to regulatory scrutiny. However, as they were increasingly becoming full-fledged players in the industry, be them independent organisations or vassals of larger traditional banking institutions, they are now getting exposed to existing regulation or supplied with the new one.

The major driver of this attention, however, is the state’s sensitivity to potential contagion effects, as consumer bases of the former are growing remarkably. Special attention is currently paid to blockchain-related phenomena, as state representatives and major institutions behind are utterly uncomfortable with potential economic shocks, Ponzi schemes, loss of central power and transaction transparency/irreversibility.