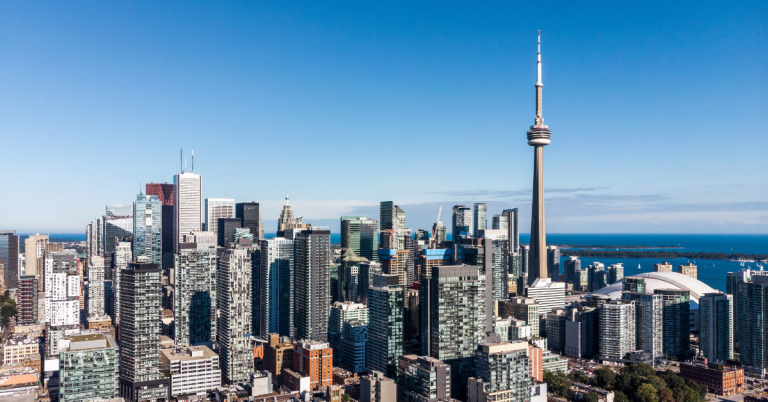 Canada is one of the newer players amongst the fintech unicorns across the globe. The Canadian fintech industry like most globally has been on a huge expansionary bull run with hundreds of new startups supported by record levels of investment. In the last one year Canada has seen a huge jump in the investments in fintech unicorns. Some of these have had their expansion plans slowed temporarily by the COVID-19 pandemic, while for others the quarantines and push to digital has provided an unprecedented tailwind

Canada’s successful fintech companies that turned into unicorns reside in Toronto, Montreal and Vancouver, mostly due to a large talent pool and government support to the progressive startup attitudes.

Here is a full list of the Fintech Companies that Became Unicorns in Canada – 2023:

Dapper Labs uses the power of play to deliver blockchain-based experiences and digital collectibles that are made for you and ready for the real world. It is named as one of the 10 most innovative gaming companies of 2021.

Blockstream is the global leader in Bitcoin and blockchain technology. The company develops a range of products and services for the storage and transfer of Bitcoin and other digital assets.

Trulioo was founded in Canada to provide electronic identity and address verification of both individuals and businesses. The company offer to their services to conduct verification process of their customers’ identity as a part of ‘Know Your Customer’ verification.

FreshBooks is accounting software operated by 2ndSite Inc. primarily for small and medium-sized businesses. It is a web-based software as a service model that can be accessed through a desktop or mobile device. The company was founded in 2003 and is based in Toronto, Canada.

Clearco is a suite of performance financing products and services tailor-made for founders in all stages of their journey.

What have the Investments in Fintech been in Canada

The Canadian FinTech sector has seen consistent growth in deals completed since 2017, with the total investments nearly doubling since 2018. It recorded 241 fintech deals in 2019, bringing in $2.7 billion of investment. Although it saw decline in total funding raised by the FinTech companies in 2020 compared to 2019 by 62%, it saw a strong recovery in the first quarter of 2021. Total investment has already surpassed the figure recorded for the whole of 2020 by 15%.

Toronto drives 49% of total Canadian FinTech Deals. WealthTech is leading Toronto’s investment segment, evidenced by Wealthsimple’s $86.7m investment round. The demand for personalized investment recommendations supported by digital tools is giving rise to the launch of robo-advisors and AI data-driven technology in Canada.

Lending, Payments, Real estate, Back Office, and Digital Currencies are amongst the larger verticals of Canadian fintechs which saw 66% of the total deals closed since 2017.

Neo banks are on the rise. Neobanks are those without physical branches that serve the customer through digital channels. Given that the population of Canada is concentrated in a few provinces, Neo banks bring in a huge efficiencies. Incumbents like RBC, Manulife and Lowblaw have an outlook to broaden their digital options in the near future. Banking-as-a-service (BaaS) is an innovative financial services business model which has also seen a lot of momentum. On the retail side, KOHO, Mogo, Neo, Wealthsimple, Stack and Wingocard have brought modern user experience to their customers. Small-medium businesses like Shopify and Wave business banking products for their existing e-commerce and accounting customers, respectively. As there is a rise in the new entrants into Fintech, RegTech startups such as Trulioo, Assent and Verafin have set funding records and have also seen international recognition.

How many Fintech Unicorns does Canada have?

Although Canada has only 5 fintech unicorns compared to its other North American counterparts and most other developed countries, the Canadian fintech landscape is fast changing. Given the recent trends in the increase in the number of fintech startups and whooping increase in the investments in the recent years, it is only a matter of time that Canada will catch up with its global counterparts in terms of number of fintech startups and fintech unicorns.

Which Fintech Sectors have the most Fintech Unicorns in Canada?

Canada has adopted financial technologies early on. In 2019, non-cash payments within Canada account for 90% of the total value of consumer payments.

As Canadian financial markets are mature as compared to certain other markets in the world, the gaps or opportunities on lending and payments are not as large as the case for other countries.

Hence, the focus here has mainly been on enhancing the user experience rather than penetration. Fintech businesses constantly innovate and are agile enough compared to the traditional counterparts and have continuously improved or even exceeded the customer experiences. So companies like Clearco which was one of the first companies in the alternative finance space, offering revenue-based advances to startups mainly in the e-commerce, SaaS and mobile apps market have been successful.

Given the relatively small size and mature well-penetrated market, most of the fintech unicorns like Dapper Labs and Blockstream are solving global use cases like Blockchain and Crypto adoption and revenue-based financing.

Canada represents a unique scene in the fintech sector, unlike in the other parts of the world, customers in Canada highly trust the age-old banks and financial institutions. So, despite offering them sharp competition, the fintechs are also looking for opportunities to collaborate with them in order to optimise on the existing customer base.

Given Canada’s strong and trusted financial system, experts are looking forward to a unique partnership between the incumbents and fintechs which will bring in the strengths from both the ends, culminating into new digital offerings and increased transparency to an existing and steady customer base.