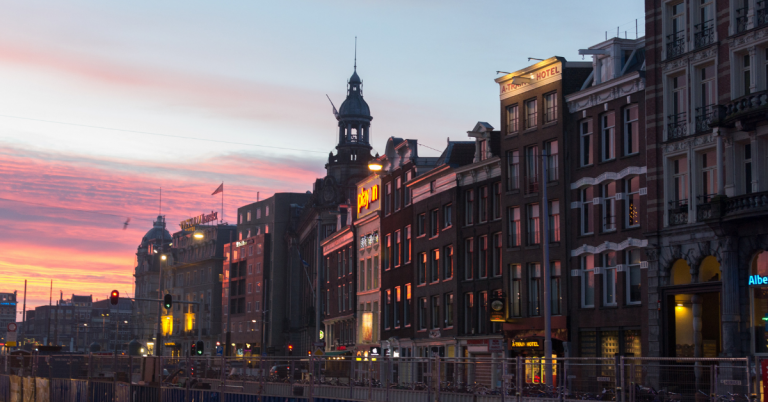 This blog analyses the Fintech Companies and Unicorns in the Netherlands, the factors attracting FinTech growth and investment trends in the Netherlands FinTech sector with a comparative section from other countries with unicorns.

Currently, North America hosts the largest number of Unicorns with 38 FinTechs followed by Asia and Europe, having 12 unicorns each. However, the FinTech industry in the Netherlands has more than 100 FinTech companies and 79 Unicorns making it the largest sector with most Unicorns. Within Fintech landscape, Investment Tech emerges as the top business model with 15 Unicorns. Additionally, other business models with most Unicorn activity are Cryptocurrencies, Banking Tech, Payments and finally, Finance & Accounting Tech.

Netherlands has been a frontrunner as European Union’s financial hub from1609, when it open its first central bank. Currently, a license from one of the two Dutch financial regulators, the AFM or de Nederlandse Bank (Dutch Central Bank), is a passport for fintech companies to offer their services across the entire European Union. Apart from its high adoption rate of FinTech, Netherlands hosts a highly-skilled workforce encouraging FinTech and general startup growth.

These are the unicorns found in the Netherlands:

Adyen was founded in 2006 by Pieter van der Does and Arnout Schuijff to simplify and accelerate global payments company. The company has its Headquarters in Amsterdam and is currently valued at €81.6billion.

Mollie was founded in 2004 by Adriaan Mol to offer a payments platform that delivers an easy-to-implement process for integrating payments into a site or app. The company has its headquarters in Amsterdam and is currently valued at €6.5billion.

Bunq was founded in 2012 by Ali Niknam to provide mobile banking services. The company has its headquarters in Amsterdam and is currently valued at €1.6billion.

Flow Traders was founded in 2004 by Roger Hodenius and Jan van Kuijk to provide wealth management services through liquidity in financial products both on- and off-exchange across the world. The company has its headquarters in Amsterdam and is currently valued at €1.4billion.

Bitfury was founded in 2011 by Valery Vavilov to provide Bitcoin Blockchain infrastructure and offer transaction processing. The company has its headquarters in Amsterdam and is currently valued at €1 billion.

What have the Investments in Fintech been in Netherlands?

Netherlands’ highest investment year was 2014, with nearly $260m in funding with Adyen getting $250m investment. The following year, however got 10 more deals but saw a 63.7% decrease in total investments. The investment sector in Netherlands received roughly €565 million in 2018 towards financial MSMEs. non-bank funding of MSMEs through investor capital, and more than €1 billion through crowdfunding.

Additionally, the Dutch government also made €65 million available for start-ups and scale-ups in the FinTech sector. Multiple subsidies are also available for fintech companies in the form of loans provided by the Dutch government on interesting terms. By company, Adyen is a FinTech front runner with a raised amount of $250 million while Afterpay ranks second with $117 million and Bitfury closes the top three with $80 million.

How many Fintech Unicorns does Netherlands have?

The Netherlands currently has 5 FinTech unicorns namely Adyen, Bitfury, Bunq, FlowTraders and Mollie. This number is certainly higher than in most countries globally.

Some countries with more FinTech Unicorns than Netherlands include: United States with 81 Unicorns, China with 11, UK with 10, India with 9, Brazil and Germany with 7 unicorns.

Which Fintech Sectors have the most Fintech Unicorns in Netherlands ?

The Netherlands has an adoption of 73% meaning consumers are embracing digitization in the financial sector especially in the payments sector which, has 2 more unicorns than in any other FinTech sector in the country.