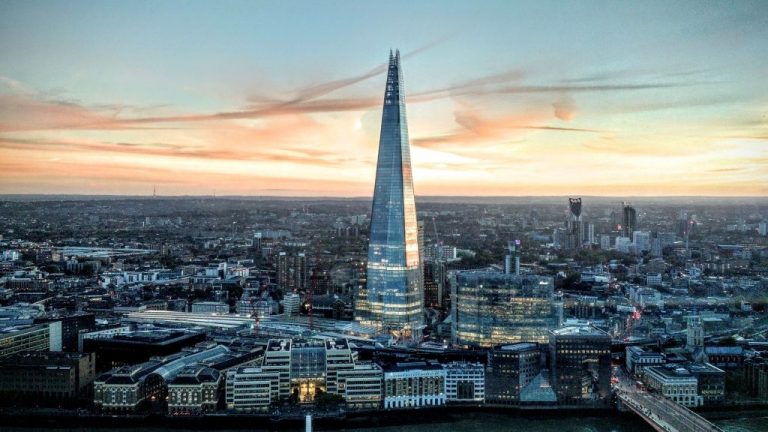 With London being a leading business centre and a home to the world’s largest financial institutions, it is no wonder that the city has become a “superhub” of FinTech activities as well. The UK has produced 10% of the Fintech Unicorns worldwide, including some of the industry’s biggest names such as Revolut or Checkout.com. In terms of impact and numbers, the country comes second only to the US. The industry is growing rapidly, in only the past 10 months, 10 companies have reached the coveted unicorn status.

Below, we give you a breakdown of the full list of FinTech companies that are Unicorns in the UK:

Since 2015, Revolut has expanded its digital banking services from just money transfers and exchanges, to stock trading, crypto currency exchange or even peer-to-peer payments. With a valuation of over $33 billion, it is the country’s most valued FinTech and Tech start-up in history.

Checkout.com provides seamless cross border payments solutions for digital commerce. The company processes payments for big clients such as Pizza Hut, H&M, and even FinTechs like Coinbase, Klarna and Revolut.

ZEPZ, formerly WorldRemit, is a digital payments platform that helps over 11 million users send money abroad through their computers, smartphones or tablets.

BGL Group offers a range of motor, home and life insurance products to over 10 million customers in the United Kingdom. Additionally, the company also operates price comparison websites such as comparethemarket.com in the UK or LesFurets.com in France.

OakNorth received its full banking licence in 2015 and has since been servicing small and medium-sized companies. Since its inception, the FinTech has provided more than $5 billion worth of loans to UK companies such as Leon.

Bought By Many is the first pet insurance provider in the UK that offers online claims. Besides insurance, the company also gives its customers access to free online consultations with registered vets as well as a lifeline for pet parents.

Zilch provides a unique over-the-top platform with Open Banking Technology, which is a new way of defining Buy Now, Pay Later (BNPL) to prevent problematic debt. Zilch is known as one of the rapid-growing BNPL in British market.

Starling Bank is one of the UK’s largest mobile banking platforms offering current and business accounts. The FinTech has received four consecutive Best British Bank Award from 2018 to 2021.

Remitly is one of the cross-border payments company that leverages digital channels such as mobile phones, to send money across the borders. The company aims to provide faster, cheaper, and convenient money transfer service to its customers.

At-Bay is a cybersecurity insurance company that helps businesses protect from digital risks. Main idea behind the company is that combination of technology and industry insurance knowledge help to business for keeping up with digitalised world.

Monzo is one of the UK’s earliest challenger banks. Since its inception in 2015, the bank has been able to provide current account services to over 4 million users.

Marshmallow is an InsurTech company focusing on making motor insurance more affordable, instant and inclusive in the United Kingdom. The company has been growing steadily since its inception in 2017 and reached a valuation of $1.25 billion in September 2021.

Zego is a commercial on-demand insurance platform that offers motor insurance options for riders who work with their own vehicles, fleets or even those who are self-employed. Their policies are significantly more flexible than the traditional insurance companies, as their policies range from minute-by-minute to annual covers.

Radius provides a global card payment system, as well as a motor insurance product which reports individual driver information to insurance companies, enabling them to refine their risk calculations and offer better-priced insurance.

TrueLayer is one of the Fintech platform where your bank data, accounts, and transaction tracking can be seen in real time. Main services of TrueLayer is based on providing consumer and server message block applications in such pillars of Fintech area such as online lending, robo-advisors, insurance, investment services, and cryptocurrencies.

PPRO is a London-based payments infrastructure start-up that makes it easier for e-commerce players and payment providers to enable localised payments. In 2020, the company managed to process over $11 billion for its customers, including major clients such as Mollie, PayPal or Worldpay.

SmartAsset offers financial information and advisory service for its consumers, and be a connector between consumers and financial advisors in national market places.

SaltPay is a London-based payments company that enables European SMEs to access services that can automate their operations.

Zopa is one of the P2P lending service that provide a platform where borrowers and lenders can deal directly without any middleman with low rates, flexible terms, and no early repayment fees.

Copper is a cryptocurrency custody firm that provides a secure infrastructure for the institutional digital asset investment community.

GoCardless is a payment company that makes collecting payments by direct debit easy for everyone.

Paddle is a payments infrastructure provider for SaaS companies.

SumUp is a financial technology company that enables businesses to accept card payments at the Point-of-Sale or on the go.

The Bank of London is a global clearing, agency, and transaction bank advancing the economic infrastructure of the future.

What have the Investments in FinTech been in the UK?

A lot of FinTech companies were founded after 2008 as a reaction to the financial crisis. Customers’ trust in traditional financial institutions dropped and a need for more transparent banking and improved customer service arose.

Since the early 2010s, FinTech has been gaining more and more traction each year. Annual UK FinTech investments have been in the sphere of billions as of 2015. According to the FinTech report by KPMG, UK FinTech startups raised $24.5 billion in investments in the first half of 2021, which is already a 400% improvement compared to the previous year.

How many FinTech unicorns does the UK have?

Currently, there are 26 unicorns in the UK, which means that approximately 10% of FinTech unicorns are based here. This makes the country, specifically its capital London, the epicentre of the European FinTech industry. Globally, the UK is also considered as one of the major players on the market, coming second only to the United States.

It is important to note that FinTech in the UK is booming outside of London as well. Scotland, or cities like Manchester, Birmingham or Leeds are homes to at least 1/3 of the FinTech companies in the country.

Which FinTech sectors have the most FinTech unicorns in the UK?

Overall, the UK has produced some of the world’s most successful and recognizable FinTech companies, from challenger banks such as Revolut, Monzo, Starling Bank, to digital insurance companies such as Marshmallow or Zego.

However, currently, almost 50% of the UK FinTech unicorns are in payments. In comparison to the other sectors, digital payments services have the highest adoption rates among consumers and small-to-medium companies as well. According to EY’s Global FinTech Adoption Index, the adoption rate of PayTech was almost 75% among consumers and 56% with SMEs in 2019.