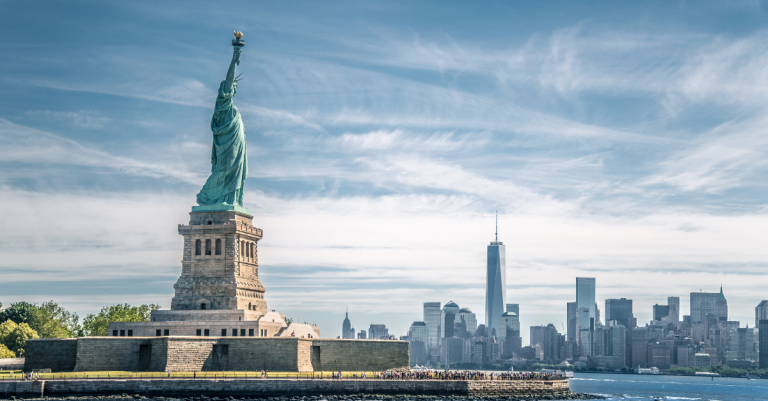 The United States of America has 105 Fintech unicorns, making it the global leader on that front. The US has managed to top the charts, undefeated by its arch-rival China in number of Fintech unicorns – a notable achievement in the financial technology space. North America’s continued growth in number of fintech unicorns is driven by the extensive funding the sector has seen in the region. The number of VC deals in 2021 continued to skyrocket in Q2 2021, as compared to the number of deals falling in Asia and Europe.

Looking into the sector at a micro scale, we see the main Fintech unicorns populating the US ecosystem come primarily from sub-sectors such as Wealthtech, Payments and Challenger Banks as the region sees an increased appetite for digital financial services, with nearly nine in 10 Americans now using some sort of Fintech app to manage their financial lives according to Fortune.

Here is the full list of Fintech unicorns in the USA in 2023:

What have the Investments in Fintech been in the United States of America?

The American Fintech ecosystem has seen big fat cheques cashing in in H1’21. In the first 6 months of 2021, investment deal values have already managed to bump up by 117% compared to H1’20. The funding boost was led by the $3.4 billion raised by Robinhood, $600 million raised by Stripe, and $500 million raised by Better, ServiceTitan and DailyPay.

However, this doesn’t mean that 2020 was not a year of sizeable investments in itself. According to KPMG’s 2021 Report – 2020 saw $78.9 billion worth of investments being poured in. In retrospect, the industry has come a long way from when Financial Technology just began gaining momentum in 2009, during which investments totalled only around $1.1 billion. That’s nearly an increase of 80x in 11 years.

This investor frenzy in the USA is primarily driven by the realisation that Big Finance is ripe for a tech makeover – a realisation that continues to attract venture capital into booming sectors like payments, wealthtech, and crypto.

How many Fintech Unicorns does the United States of America have?

Fintech is quite evidently a large industry in the USA. The sector has matured much faster than in other countries. As of November 2021, there were 10,755 fintech startups in America, making it the region with the most startups globally according to Statista’s 2021 research.

Out of this, only approximately 1% of the 10,755 fintechs are unicorns valued at $1 billion or more. Though this may seem like a drop in the ocean, USA’s 105 unicorns make up nearly 45% of the world’s fintech unicorns. China trails behind the USA with 13 fintech unicorns, just a tenth of what the United States prides itself in harboring.

So what is fostering so much innovation and growth in startups? A big part is regulation! The US federal and state regulatory authorities have been ‘pro-fintech innovation’ with regulatory sandboxes and pilot programmes acting as the centrepiece of financial services growth.

The US market is also seeing swarms of consumers jumping on the Fintech bandwagon – leading the country to a state of mass adoption. The percentage of U.S. consumers using Fintech swelled to 88% in 2021, compared with only 58% in the 2020 edition of Plaid’s survey according to Fortune. This growing demand is the perfect business environment for US Fintechs to flourish, and you bet they are.

Which Fintech Sectors have the most Fintech Unicorns in the USA?

The Wealthtech and Payments or Paytech industry is by far the most popular sector in the Fintech billion-dollar club, with 38% of unicorns based in these sector. The Challenger Bank sector ranks next on the leaderboard, a promising industry in the US as well.

The Wealthtech industry has seen unprecedented growth primarily induced by the retail investing boom that continued in the aftermath of the pandemic. The growing demand had a directly proportional effect on VC investments. The sector recieved investments worth $4.7 billion in Q1’21, marking a 562% jump from Q4’20 according to CBInsights.

The growing appetite for digital payments has also been whetted by the pandemic. To put this into perspective clearly with hard facts, consider the 186% jump in share price of PayPal in the last 12 months. Additionally, how Square’s shares have shot up by more than a scale factor of 5. The sector has been set ablaze by various factors including the e-commerce boom and the general leaning away from cash as a primary mode of transacting.

It could be said that though the growth of both these sectors have been catalysed by the pandemic, the change in consumer behaviour and the demand for these new-age financial services products will continue to spill over in the years to come. But only time will tell how the industry will play out, and we’ll be watching closely.