The Fintech Unicorn Hubs of 2021: Where Do the Largest Fintechs Hail From? 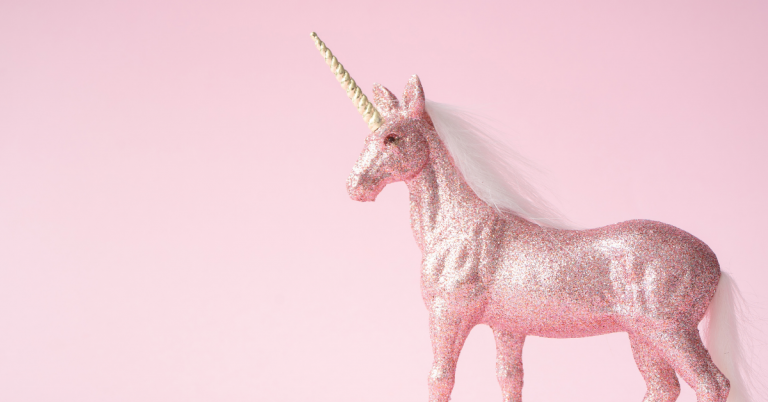 Traditionally, fintech unicorns made rare sightings across the globe, but it’s becoming a common breed in today’s fintech ecosystem – with nearly 157 fintech unicorns in the world. The new generation of unicorns are disrupting finance as we know it, with modern technologies and innovative business models attracting swathes of new-age consumers. At CFTE, we decided to dive into the rankings of the largest fintech unicorns (public and private companies valued at $1 billion and those that surpass it) and trace back their origins.

A geographical representation of the 157 Fintech Unicorns in 2021

What are Fintech Unicorns?

Unicorns are late-stage startups that have a valuation of more than $1bn, and are either private or have gone through an IPO. In our definition, these are private startups that go from $1bn to listed companies such as Paypal (the granddaddy of Fintech).

The countries with the most Fintech Unicorns in the world

More than half (51%) of the world’s soaring fintechs come from the United States. The countries next in rank on the leaderboard don’t even match up to the US’s scale of fintechs valued over a billion dollars. To put this in perspective, the USA has more fintech unicorns than all other countries combined. The USA is home to some of the most valuable private and listed fintech companies by market capitalisation including, Paypal ($327.76 bn), Square ($128.26 bn), Stripe ($$95 bn), Coinbase ($54.22 bn), and Robinhood (​​$47.83 bn).

China trails with 11 Fintech unicorns (the USA has nearly 7 times more). But China holds pride in harboring one of the most valuable fintech giants, Ant Financial worth approximately $312 Billion as of August 2021. Other Chinese fintechs that have become some of the most valuable behemoths include Tencent (Fintech business) ($120 Billion), Lufax ($17.53 Billion), Zhong An ($7.96 Billion).

To deep dive further into the numbers, an analysis on the countries which host at least 1 or more fintech Decacorns – companies valued at over $10 billion – revealed some interesting numbers (Fig 2.). While the USA, China and take the lead again it’s remarkable to see the UK in line with an emerging economy like Brazil with 2 fintech decacorns. This is a clear indication that Brazil’s Fintech ecosystem is gearing up for some big swings in the industry.

The secret behind the billion-dollar fintech marketplaces

Fintechs that hit the $1 billion mark are mainly clustered in the top 4 countries (USA, China, UK, India), while the rest of the world still plays catchup. Innovation in Fintech is undoubtedly predominant beyond the borders of the leading countries, but the strategy to nurturing billionaire fintechs needs a lot more to materialise.

Deloitte states that, for a country to rise up the ranks as a hub to some of the leading fintech unicorns, there are usually 4 main criteria that come into play.

First, the ability to attract, develop and retain talent in areas of finance, technology, and entrepreneurship is key to a FinTech hub’s global competitiveness.

Another element to consider is access to capital. Start-ups will flock towards places they can get seed and scale capital to grow their business, whether it comes from public or private funding.

In addition to funding privileges, just like any other industry, more demand brings in more supply. Certain countries with a more established fintech market may have an advantage here with more demand from direct customers (B2C) or businesses (B2B).

And finally, another key factor that contributes to a country’s fintech thriving unicorn ecosystem is policy and regulation. Governments and regulators need to have the perfect balancing act between encouraging innovation, promoting competition, and consumer protection that creates the ideal breeding ground for fintech startups.

The USA leads undefeated with a robust fintech landscape

The United States has managed to top the charts, undefeated by its arch-rival China – a notable achievement in the financial technology space.

North America’s continued addition to fintech unicorns is driven by the extensive funding the sector has seen in the region. The number of VC deals in 2021, continued to skyrocket in Q2 2021 as compared to deals falling in Asia and Europe (Fig 3.).

Looking into the sector at a microscale, we see the main fintech unicorns populating the US ecosystem come primarily from sub-sectors like Insurance, Lending, Payments, Investing, Cryptocurrencies.

Some new additions to the Fintech billion-dollar family since 2020 include the blockchain startup, Ripple Labs which helps financial institutions send money across borders instantly, reliably, and cost-effectively. Another newly turned fintech unicorn is BlockFi​​, which fashions itself as a crypto wealth manager, has grown significantly with ​​monthly revenues jumping from $1 million to more than $45 million.

China stands second on the ‘Fintech Billion’ leaderboard, but could risk falling behind with regulatory pushback

China undoubtedly has one of the most vibrant fintech ecosystems. Leading firms like Ant Group and WeChat Pay (Part of Tencent) have valuations that dwarf their global peers. The market cap average of fintech in the billion-dollar club is $43 billion, while the USA stands at approximately $11 billion.

The Chinese fintech ecosystem is mainly driven by China’s tech giants – Alibaba and Tencent – that stepped in, making financial services more accessible to everyone.

Syed Musheer Ahmed, Founder & MD of FinStep Asia, highlighted in an interview with CFTE, that the stratospheric growth witnessed by these behemoths can be attributed to the lower regulatory boundaries that existed at the time these companies entered the market, allowing the fintechs created by these big techs to grow untethered.

However, with regulatory watchdogs reining in on these tech giants, investors are now shifting their focus from the region’s fintech giants and focusing on a new generation of upstarts in the industry. But the Chinese Fintech industry also now risks losing investments to the neighboring Indian economy, whose tech startups are poised for fintech growth.

The UK deserves its place among the top 3 countries to have nested the most fintech unicorns. The country has built up the hottest fintech ecosystem in Europe primarily owing to the nurturing regulatory environment that has created the perfect hub that encourages large fintech raises as well as causes leading unicorns to multiply.

A prominent feature of the British fintech scene is that it ranks number 1 in open banking adoption in Europe giving fintechs standardized access to a wealth of user bank account data, which helps develop their services and attract investors.

The region’s regulator, the Financial Conduct Authority (FCA) has also been conducive to fintech growth. It has been accommodative of industry changes, an example of this was seen when it extended the anti-money laundering requirements deadline for crypto trading.

As a result of a combination of these factors, business insider states that the fintech sectors unicorns constituted the largest chunk of tech unicorns in total (34%).

India’s fintech companies are poised to become three times as valuable in the next five years and are predicted to reach a valuation of $150-160 billion by 2025, according to a report by BCG and Ficci.

The countries success is riding on strong demand, an enabling regulatory environment, a growing pool of tech talent, and a booming investment ecosystem.

India’s dynamic fintech landscape has seen innovations spurring in the last few years with nearly 67% of all fintechs in the country being established in the last 5 years alone. The main areas of growth in fintech billionaires have been payments and transactions as well as insurance.

India’s largest fintech today is Paytm with a current valuation of $25 billion, and there are several promising startups following its lead. In 2021, out of India’s unicorns, 40% were from the fintech sector. Those who recently entered the billion-dollar league include CRED, who following its Series D funding round of $215 million, saw its valuation almost triple from $800 million to $2.2 billion. Digit Insurance, ChargeBee, and Groww were other rapidly accelerating fintech startups that ramped up their valuations in 2021.

Where can we expect future unicorns to come from?

Looking into the future of fintech we may see some reshuffling of the top fintech unicorn hubs on the leaderboard. As countries realise the economic benefits of a burgeoning fintech sector, they are building a healthy ecosystem with regulations that help promote further innovation. As we dive into the fintech rankings to find the next hidden gem, there are 2 main countries that popped up on the radar – Brazil and Malaysia.

Brazil, the second-largest fintech hub in Latin Amria is home to nearly 380 fintech companies. The country could be home to the soon to arrive fintech unicorns. The fintech ecosystem in Brazil seems ripe for innovation as the Central Bank of Brazil works towards boosting market competition and increasing the scope for financial education. It also recently began the implementation of open banking at the beginning of 2021, which could be conducive to the growth of several fintechs.

On the other side of the world, Malaysia’s largely unbanked and underbanked population also makes it the perfect place for fintech opportunities. A key catalyst for fintech growth in the country is the high rates of smartphone penetration. Around ​​40% of the country’s fintech sector currently comprises of digital payments and mobile wallet companies.

As these emerging fintech hubs buckle up to refine their strategy it will be interesting to see who pushes forward to give birth to the next breed of fintech unicorns.