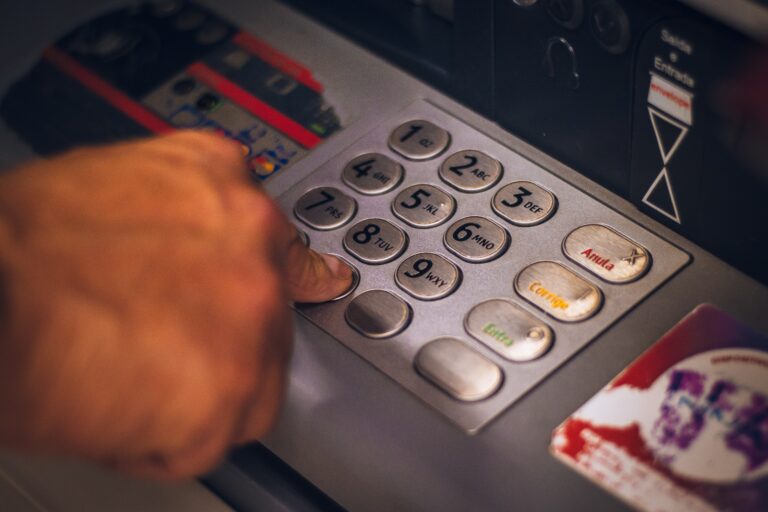 According to the Financial Times, 2018 was the year of Open Banking’s quiet revolution. And with that came about a set of new rules that required big banks to allow their customers to share their own transaction data with third parties. It has been estimated that these regulations could boost the UK’s economy by £1bn annually and that 84% of financial services companies are already investing in Open Banking products.

Open Banking is not just another buzzword in the industry and – if you don’t want to stay behind – it is essential that you start learning about it now. To kick start you on this journey, we’ve prepared an introductory article to explain this new paradigm and how it will impact the banking industry.

1. What is Open Banking?

Open Banking is a series of regulations – called for by the Competition and Markets Authority (CMA) that reforms the way that banks deal with their customers’ financial information. In Europe, it is also known as the ‘second payment services directive’ or ‘revised payment services directive’ (PSD2). The Open Banking landscape is regulated by the Financial Conduct Authority (FCA) as well as European equivalents.

Open Banking or PSD2 requires all UK-regulated banks to share the banking data they have on their consumers with third party authorised providers – budgeting apps for example – as well as other banks, fuelling the emergence of new financial products. The data shared includes spending habits, regular payments and companies you use. While the concept of consumers allowing budget apps access to their bank accounts is not necessarily a new one, Open Banking ensures that better consumer protection is in place when they do so.

2. How does Open Banking Work?

Open Banking as explained above, is essentially the opening-up of data. This is made possible with the help of application programming interfaces (APIs), a technology that we will explain further later. Accessing data with the help if APIs is much more secure than the processes followed before through screen scraping. Screen scraping involved capturing all the data that was present on your screen, much like capturing an image of it.

However, in the case of Open Banking, the process followed ensures higher standards of security as you do not need to share all your data like your login details or passwords with anyone apart from your bank. To give you a simple example of how Open Banking works, let’s consider the case of a price comparison site. The bank in this case allows the website to have access to your banking information so it is able to provide you with tailored products based on what you can afford and what you are willing to spend.

3. What is an example of Open Banking?

A good example of a company that leverages Open Banking would be a London-based start up Sync. It allows consumers to conveniently manage all of their financial accounts, from different banks in one single app.

On the other hand, an example of how a bank leverages Open Banking would be We Bank’s integration with WeChat – a Chinese multi-purpose messaging, social media and mobile payment app. Customers are reportedly even able to schedule doctor appointments, send money and hail taxis using WeChat.

We Bank is China’s first privately-owned digital bank. Seeing as both applications were launched by Tencent, We Bank is able to leverage WeChat’s expansive access to consumer data to analyse user preferences, activities, spending habits and financial transactions. Subsequently, this allowed We Bank to launch its first online consumer microloan product – Weilidai – which WeChat pay users are able to apply for directly from their WeChat apps.

4. Which are the banks involved in Open Banking?

Banks that fall under the ‘Open Banking’ mandate include:

Learn the fundamentals of Open Banking and Platforms in under 40 mins!

It is expected that the Open Banking regulation, in part, will raise concerns about data privacy and security. And unlike consumers in China, current surveys indicate that a majority of British consumers are reluctant to hand out personal data.

Having said that, Open Banking really should not be something to fear. The benefits that both parties – banks and consumers – stand to reap from embracing it are extensive. Furthermore, this reformation isn’t necessarily mandatory for consumers to partake in. While the regulation states that banks must allow third-parties access to consumer information, this mandate is still conditional upon the consumer’s permission.

Even if a consumer chooses to give a third party company permission, said permission can be withdrawn at any time. It is and will not be a binding contract. On the contrary, Open Banking is supposed to provide consumers with more ownership over their own financial data.

6. What are the foundations of Open Banking?

As highlighted by the UK’s Open Banking Standards, the infrastructure of Open Banking can be divided into 3 pillars: data, APIs and security.

The three main categories of data are closed, shared and opened. For example, the personal bank details of an individual and the transaction details of a company would be considered as closed and shared data. However, via an open API, said data is able to be made available by banks. As previously mentioned, this is strictly under the condition that access to them has been granted by the individual or business.

Application Programming Interface refers to a set of protocols and rules that allow two applications to talk to each other. The three types of APIs known are public, partner and internal. Under the framework of Open Banking, banks open up their internal APIs, allowing third parties to access financial information needed to develop new apps and services.

Open Banking aims to allow individuals to manage money and information more securely. With the usage of APIs, consumers benefit from increased security as users are able to set limits in terms of access time, length and scope. Technical stability is also ensured as APIs mitigate against the issue of system inconsistencies between different interfaces.

7. What is the purpose of Open Banking?

A decade ago, the landscape of banking was extremely different. Despite the integral position that it played in peoples’ lives, no one really understood how banking worked. In addition, the issue of banking concentration was detrimental to systematic risk and product innovation – the 2008 financial crisis serves evidence of that.

Consequently, Open Banking was introduced to necessitate more competition in the financial industry. In addition, prior to its introduction as well as the rise of FinTechs, most banks did not extract any real value from the expansive consumer data in their repository.

From a corporate standpoint, Open Banking could represent an opportunity for banks to deepen its relationship with its consumers, as well as create more conversations about spending and money management choice. The Open Banking framework relies heavily on APIs, which serve as valuable assets for financial services firms, as they enable them to enhance their service offerings, improve customer engagement, and build new digital revenue channels.

From a consumer standpoint, Open Banking allows for consumers to have more control and ownership over their financial data. This is especially relevant when it comes to the customisation and personalisation of products or services.

8. Why is Open Banking Important?

“It’s those companies that become customer-obsessed as opposed to product focused that will be the real winners in this new market.” – Wayne Brown, Digital Banking Operations lead in EY UK

The rise of Open Banking is a signal of significant transformation in the financial services industry, with a primary catalyst for said transformation being the changes in consumer behaviour and expectations. With industry disruptors like Uber and frictionless payment, we are now in the era of customer centricity. Consumers of today expect more convenience, faster on-demand services and increased personalisation. These preferences are very much relevant in the finance and banking industry.

With Open Banking, public APIs make it possible for financial services-themed integrations and features to be offered as part of mobile banking applications.

9. The benefits of Open Banking

As mentioned above, Open Banking and the usage of public APIs increase the integrations and features offered within digital banking. Therefore, consumers are able to benefit from increased access to new:

On the other hand, small businesses that are scrambling to accesses accurate and relevant data to assess their financial health are often left relying on incompetent data due to lack of resources. Open Banking can help these businesses be more competitive by helping small businesses and SMEs with the benefits of:

For banks and financial institutions, on the other hand, the benefits of Open Banking are equally extensive. With Open Banking’s reliance on public APIs, banks are then required to channel more resources into building and reinforcing their API capabilities. This is likely to result in:

Previously, prior to Open Banking and rapid technology advancement, personalisation was an expensive and therefore exclusive affair. Even if consumers then had an inherent desire for personalised products and services, banks were not adequately resourced to deliver. Open Banking is the middle-ground which democratises the capacity for personalisation whilst keeping a cost balance. With this, banks no longer have to choose between personalisation or cost-efficiency.

In fact, some of China’s banks are taking it to the next step, by leveraging their Open Banking portals to redefine their roles towards consumers. Examples such as We Bank indicate how financial institutions are now also able to position themselves as technology companies and lifestyle partners for their consumers.

And there lies the importance of Open Banking. Namely, it has the potential to revolutionise the role that financial institutions hold in society. Under its expansion, the nature of the relationships between banks, their customers and partners will be redefined.